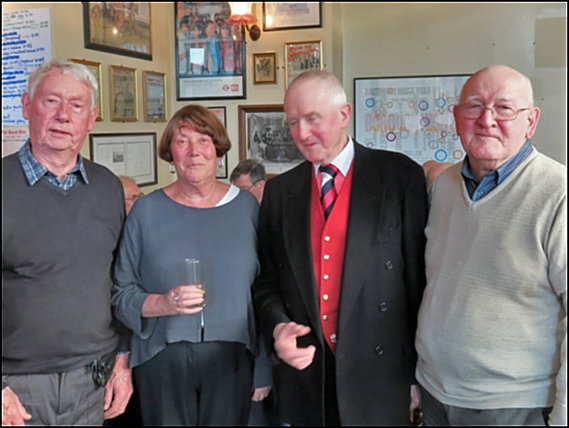 Posted at 16:10h in Information circulars by Robert Stutely 0 Comments

The annual December meeting of the HMSO Friends of Reprographic Managers met at the Royal Oak, Borough, on 11 December: photo taken by Bill Ekers. Sue Whitaker, Brian Ekers, Pat Kennedy and Reg Walker made it, as did 16 Customers and Suppliers. Despite photographic evidence to the contrary, Walker was neither drunk nor comatose. Not that he had never been: just not on 11 December 2018.