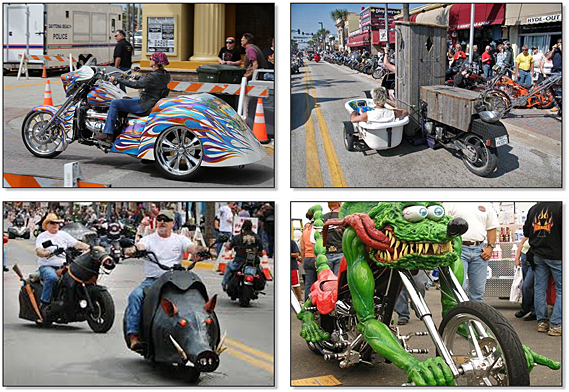 Posted at 20:12h in Information circulars by Robert Stutely 0 Comments

I was out doing a little shopping yesterday and when I saw the shelves of paper products, eggs and meat empty, or almost empty, they reminded me of my time during the Second World War in England. The only things missing were the ration books and the queues. Although now the rationing is being done by the supermarkets themselves. I was looking at the empty paper products shelves and I said to a guy, “When I was a child my mother used to hang newspaper in the toilet at the bottom of our yard.” I wonder now if I ever walked around with the headlines from the Liverpool Echo on my backside! Oh, happy days.

On the theme of the Second World War I read an article on the BBC that said Marks and Spencer “has served customers without cease through two world wars and terrorist bombings and we are determined to support customers now.” That’s what we need the stiff upper lip spirit!

I saw an article about two brothers in Tennessee who spent three days driving across Tennessee, buying up all the hand sanitiser they could find. They ended up with 17,700 bottles. They then tried to sell them on Amazon for $70 a bottle! On being found out they donated them all and are now face a big fine for price gouging.

A guy in England posted a piece on Twitter (what the hell is Twitter anyway?) saying he watched a woman in Aldi get to the checkout with 80, yes 80 tins of tomatoes! The cashier called the Manager who took 76 tins back to the shelves. What the hell was she going to do with 80 tins of tomatoes? By the way the Twitter piece was quoted by the BBC.

Daytona Bike Week ended last weekend after eleven days. Due to the virus I did not attend any of the festivities. By the end of it six bikers had been killed, three of them in a single crash. Florida is one of the few states where you don’t need to wear a crash helmet if you don’t want to, unless you are under 21 years of age. All they require you to do is have at least $10,000 worth of medical insurance. As I did not go out much I don’t know whether they had the usual half a million bikes descend on Daytona Beach and the surrounding towns. Here are a few photographs of some of the wonderful and weird bikes that attended this year.

As I no longer go out driving all over the country I spend some of my time pottering about in my garden and doing a lot of reading. I have surprised myself by using a Kindle reader instead of reading from the book. I say surprised because having spent practically my entire working life in the printing industry, including 20 years running my own typesetting company, I love books. On picking up a book the first thing I would look at was the imprint page to see where it was printed. Fortunately the weather is so good here all the year round that I can sit outside reading. This time of year the average high is supposed to be 75 degrees Fahrenheit but most days it has been getting up into the low eighties. According to the forecast it is going to get into the low nineties towards the end of the month and it’s still only March! Bingo!

I’m pretty bloody annoyed with this virus that is doing the rounds because I can no longer watch any football games on the television. I have been following my home team Liverpool and watching as many games as are shown. The same goes for cricket. Now I am feeling rather bereft and empty. My only small consolation is that Amazon has just put up a series called The Test, about the Australian cricket team. It follows them through the ball-tampering saga, going into their dressing rooms and interviewing the players. It has some amazing write-ups with one reviewer saying, “If for nothing else, watch it for the exceptional story of Steve Smith who went from a good batsman to a disgraced cheat to the greatest of his era.” I will start watching it today. The sooner this virus passes the better.

That’s about it for now. Time for me to get a sandwich, sit outside and do some more reading.

Regards to all the staff who put up HMSOldies and the people I used to work with who read it.

Hello Jack, Great to hear from you, and that you are surviving the current onslaught with your usual determination. Excellent photos of those understated bikes as well. Pubs and restaurants are closing down a handful a day at the moment, as are Charity Shops etc (luckily I have cupboards full of books, hats and waistcoats). Take care over there, and thank you for thinking of us.

Jack Keating adds: POSTSCRIPT. I now have to take back what I said previously about queuing. Our local supermarket Publix has decided to let old people, 65 years and over, shop between the hours of 7 and 8 a.m. on Tuesdays and Wednesdays. I decided to go on Tuesday morning and arrived at 6.50 only to find about 50 people already there. They were all lined up with their shopping trollies. I got my trolley, put it to one side, so you did not bang it into other people, and joined the queue. My intention, along with others, was to pick up the trolley when you passed it on the way into the shop. When I got to where my trolley was parked I found that some thieving scoundrel had pinched it. So I was left without one and ended up using a basket. So much for the camaraderie that’s supposed to come out during times of crisis! I swear there were more people in the supermarket during that hour than there are during a normal day. Suffice it to say that I’m sorry I went and I won’t do it again.

Hello Jack, How sad to hear that you also have your share of Cads and Bounders in The Land of the Free! They wouldn’t get away with that in Birkenhead. All the very best, Reg.