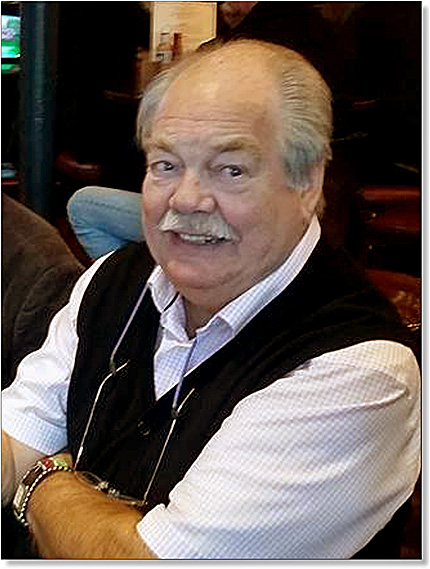 The sad news that Derek died on 20 July 2020 came from Mike Trigg, who worked with him for many years in the Publications Centre, London.

Derek joined HMSO Post and Trade, Cornwall House, in 1966 and also worked in Holborn Bookshop. Post-retirement he was a popular member of the Christmas pub reunions and invariably held the whip – an honour indeed!

John Eason adds: I remember Derek very well indeed. He was on the work study project in the Cornwall House Bookshop. Due to a foul up in Finance it resulted in Bookshop staff being paid double for any sick leave taken! He was a lovely chap with a great laugh. He came to work on his motorbike. One day he came and announced he had lost his trousers. He had been taking them to a dry cleaners, and had tucked them up in his leather jacket. When he arrived at Cornwall House he found them gone! And on one occasion when drink had been taken he found it impossible to get into our office without hitting the sides of the door frame. Those doors were at least four feet wide having been designed to allow easy access for the huge radio consoles used by the Diplomatic Wireless Service in days of yore. Anne also knew Derek, of course, and I will tell her of his passing. A sad day, but lovely memories.